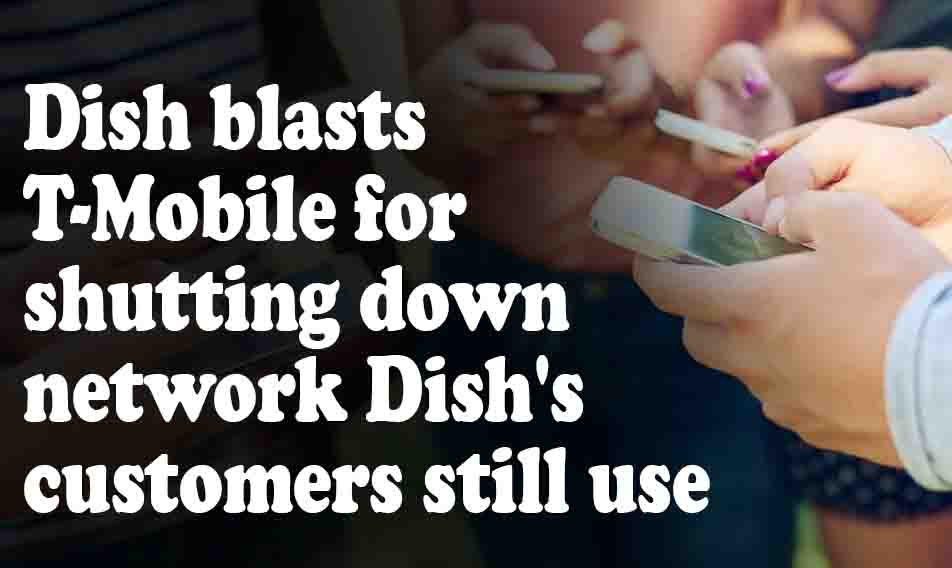 Here’s the scoop: Dish blasts T-Mobile for plans to shut down the network that Dish still uses to serve its customers. A complaint has been made by Dish to the FCC claiming that T-Mobile, its wireless service partner, is planning to shut down the CDMA network that millions of Dish’s Boost Mobile subscribers are using.

Dish Network is complaining to the Federal Communications Commission (FCC) over the fact that T-Mobile, which is the company’s wireless partner, is rushing to shut down a network that is still used by millions of Dish’s Boost Mobile customers as of Thursday.

In order to go through with the Sprint purchase, T-Mobile had to agree to sell a portion of its assets to Dish, which included the Boost prepaid business it owns. As Dish builds its own 5G network over the course of the next several years, it will be dependent heavily on T-Mobile for network services as it builds out its own network infrastructure.

Boost Mobile subscribers are still using a CDMA network for the majority of their mobile needs, which was once offered by Sprint and is still widely used by the majority of Dish’s nine million Boost Mobile subscribers. A letter Dish submitted to the FCC addresses a range of concerns, but its biggest concern involves the shutdown of the CDMA network previously used by Sprint.

It must be noted that Boost’s sale to Dish included a promise from T-Mobile to provide network services, but not a commitment to operate the CDMA service for a particular period of time (Sprint’s legacy network) as part of the sale.

People familiar with Dish’s thinking say that the company had anticipated the eventual closure of that network by T-Mobile within three to five years, if not earlier. On the other hand, Sprint announced late last year that it would be looking to shut it down a lot earlier, on Jan. 1, 2022, than expected.

According to Dish’s letter, they asserted that a forced migration on this scale within such a short time frame is simply not feasible and could ruin the lives of millions of Boost customers by leaving millions of subscribers without cell service come January 1, 2022.

It was also pointed out on the report that Verizon had already repeatedly postponed its CDMA shutdown, and that the carrier now plans to do so in 2023, one year after the time frame for T-Mobile to do just that.

It was not immediately possible to get a hold of a representative of T-Mobile.

I bet Dish’s public acrimony is a reflection of the fact that the company will strongly rely on T-Mobile over the next several years for its network services while it builds out its own 5G network while it builds out its own network. (Dish expects to launch its first 5G service in a city of its choosing this year, but the roll-out of the service nationally will take some time.)

The thought bubble we developed is this: Given Dish’s reliance on T-Mobile, we believe it’s reasonable to assume that a public spat was not the company’s first course of action, and that it went to regulators only after T-Mobile refused to change the timing of its network shutdowns.

Moreover, Dish bears witness to the fact that other spectrum issues were flip-flopped by T-Mobile in the letter as well. It has been reported that T-Mobile has adopted the same tactics that carriers like AT&T and Verizon have adopted, whereas previously T-Mobile pushed for policies to encourage smaller competitors.

There was a time when T-Mobile was an uncarrier, promoting policies that encouraged competition, diversity in spectrum ownership, and efficient use of spectrum. It is amazing how quickly circumstances can change,” Dish reports in its letter. T-Mobile now opposes measures that would aid new entrants and smaller providers in competing with the bigger providers.